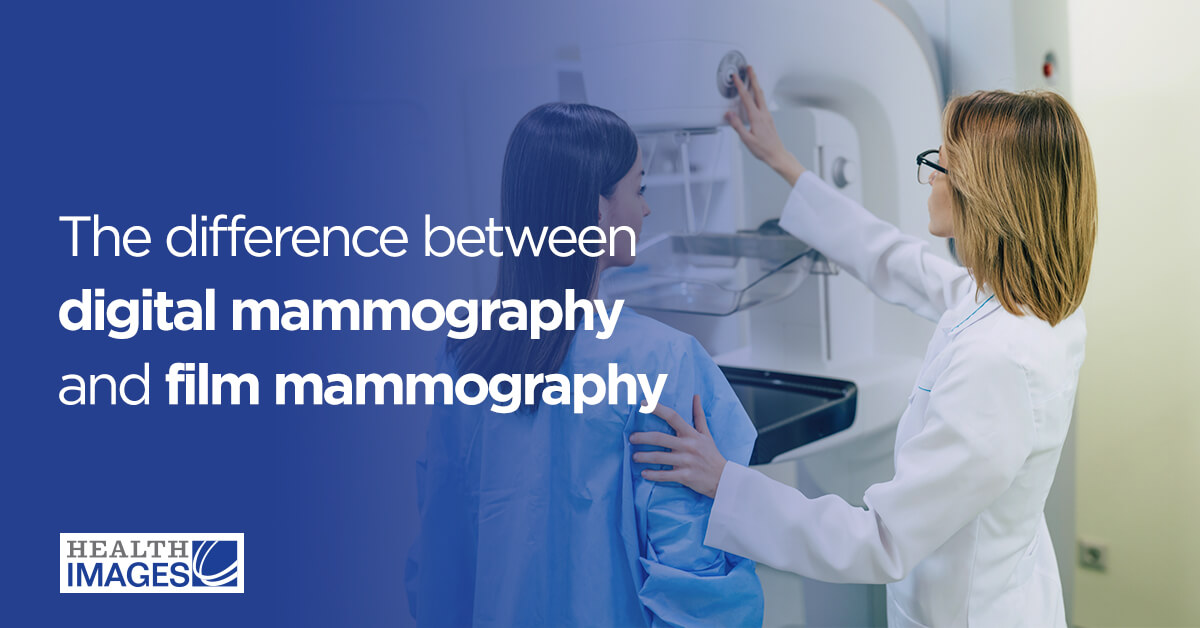 Scheduling a mammography appointment is one of those things you may feel like putting off until it is necessary. The good news is that mammography is safe, quick and effective at ruling out abnormalities in breast tissue. While some discomfort is natural during the exam, it only lasts a few seconds at a time.

Whether you are dreading mammography, couldn’t be bothered or have some questions, you may benefit from learning more about this exam. Mammography technology has made several advancements over the past 50 years. One of the most significant advancements is the switch from film to digital mammography.

What is film mammography?

As the plate compresses your breast tissue, you will likely feel some discomfort. However, the compression only occurs for a few seconds at a time. The discomfort experienced with mammography is related to breast density, not size. There is a myth smaller breasts experience more pain with mammography. However, size does not impact discomfort levels. That said, technologists sometimes have more difficulty getting clear images of breasts with dense tissue. The adjustments they make to acquire clear images may cause added discomfort for patients.

Once they have scanned the tissue sufficiently, they process the images through a cassette that contains a screen and film. A phosphor coating in the cassette glows and exposes the film to the X-rays, causing the film to develop similar to a photograph. Screen-film mammograms take approximately 20 minutes to complete.

What is digital mammography?

The data gathered from a digital mammogram is converted into electrical signals that a computer can read and process. This process occurs within seconds. Comparatively, screen-film mammograms take several minutes to process and require a darkroom. Due to increased efficiency, most clinics now use digital mammography instead of film. 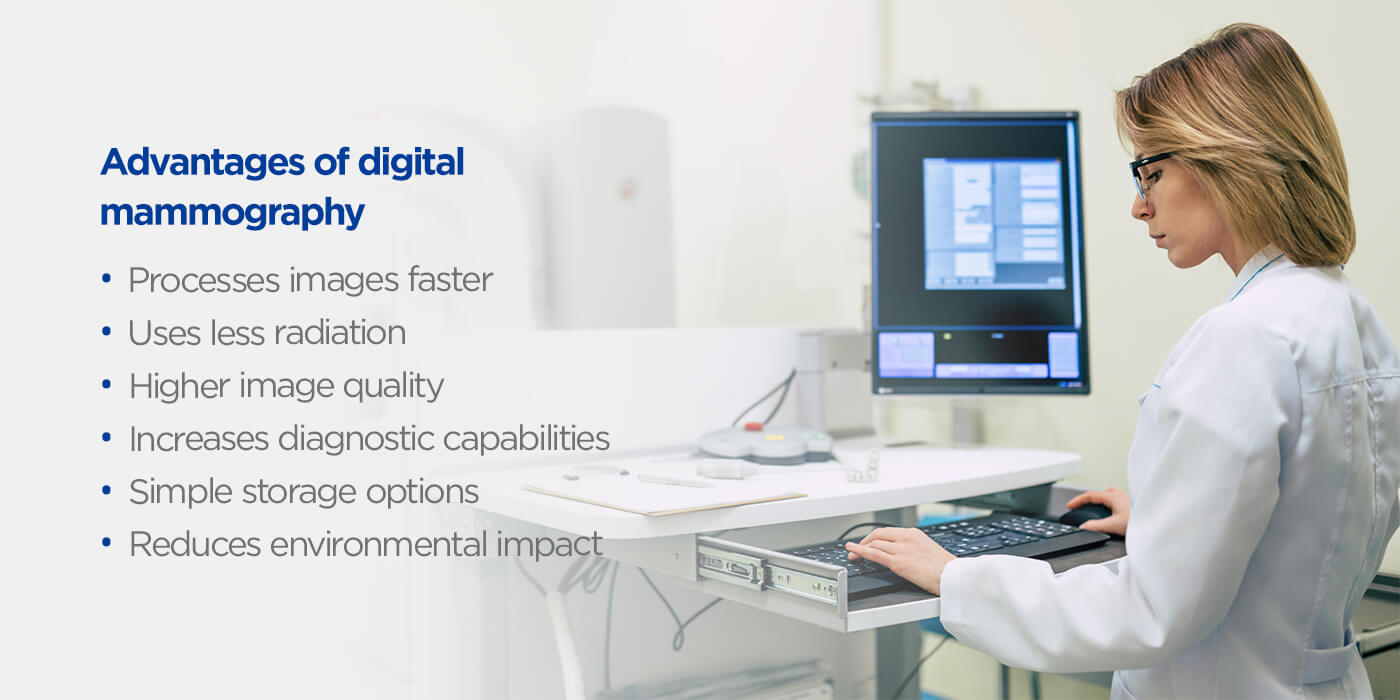 What are the advantages of digital mammography?

With faster image processing, digital mammography shortens examinations by 11 minutes on average. For doctors, those 11 minutes enable increased productivity to serve patients better. For you, it may mean you can return to work faster or give you time to grab a coffee before your lunch break is over. It also shortens the time you spend waiting for your results.

On the subject of diagnosis, digital mammography also includes computer-aided detection capabilities. As radiologists and computers analyze the image, this reduces the risk of missing important details. This feature minimizes false diagnoses and can lead to earlier detection of cancerous cells.

Whereas film mammograms use lots of storage space, digital mammograms only use virtual space. Digital mammography conserves space in the office and reduces clutter. That’s not all, though, as this feature also provides diagnostic benefits! The virtual storage of digital mammograms also makes it easier to send the image to other doctors for a second opinion or further analysis.

Processing film images requires using several toxic chemicals. These include formaldehyde, hydroquinone, acetic acid and others. Disposing of these chemicals requires concrete steps to avoid contaminating the environment. Digital mammography eliminates the use of these chemicals and the risk of improper hazardous waste disposal.

Visit a Health Images center near you for 3D digital mammography

At Health Images, our main priority is the health of our patients and community. To provide the best healthcare to our patients and communities, we strive to equip our clinics with advanced technology. We proudly offer 3D digital mammography services in our various centers throughout Colorado. If you need mammography services, we welcome you to find a center near you to discover the benefits of 3D digital mammography!